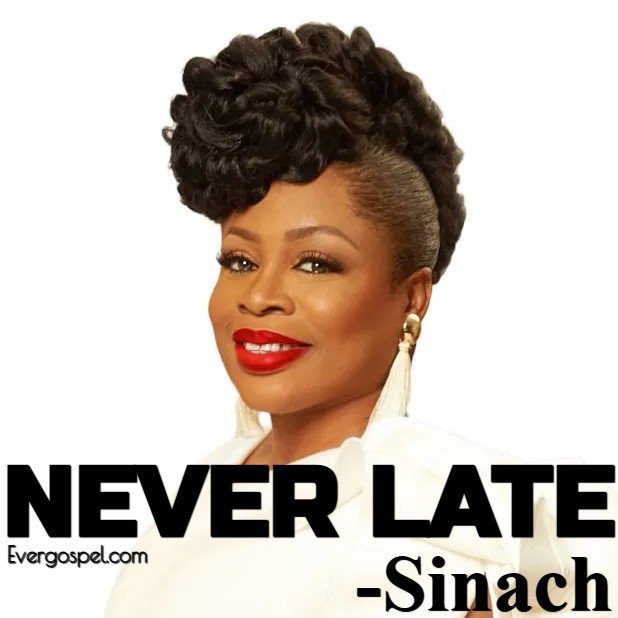 The well-known Nigerian gospel music minister, singer and songwriter “Sinach” who is a worship leader known globally for writing over 500 hundred songs, brings to us another powerful song she titled “Never Late“. This is a song from her 2011 album called “I’m Blessed“. Her songs have always stand as anthems in many Churches and homes. Stay blessed as you listen and share.

Remember Meshach, Shedrach and Abadnego
Pushed into the fire because of their God
But right there in the fire
A fourth man appeared
He was right there on time
To deliver them

Sinach – Jesus I Love You